I used to make quesadillas using barbecue sauce, but then one day I read the ingredient list and I was not impressed 😒. It’s hard to find a good barbecue sauce without added caramel coloring or other unwanted additives so I decided to try making my own.

1. Dice all of the vegetables and sauté in a little oil until tender. Add 1/2 tsp salt as well as the cooked black beans and set aside.

2. Meanwhile, combine all of the sauce ingredients in a saucepan and simmer, stirring often, until the sauce thickens to a very dense syrup-like texture (about 20 mins). Add to cooked veggie and bean mixture and stir until coated (you may not need all of the sauce so add it gradually while stirring).

3. Spread the mixture evenly across half of each tortilla, sprinkle a handful of grated cheese on top (optional) and fold the tortilla in half. 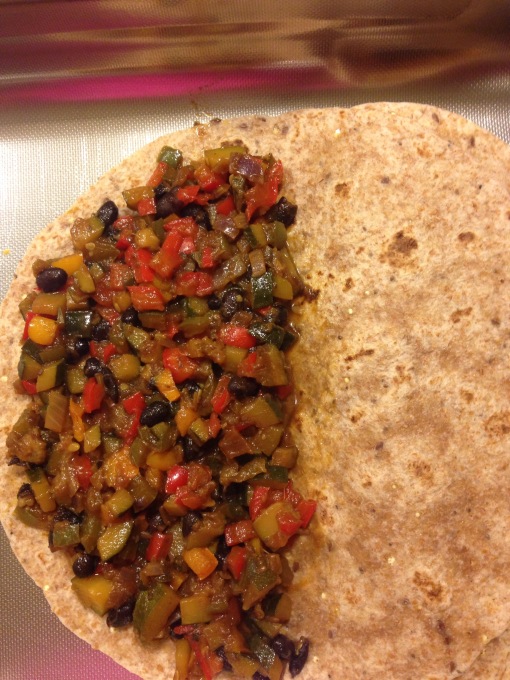 Makes 8-10 quesadillas (depending on how much stuffing you put in each quesadilla).